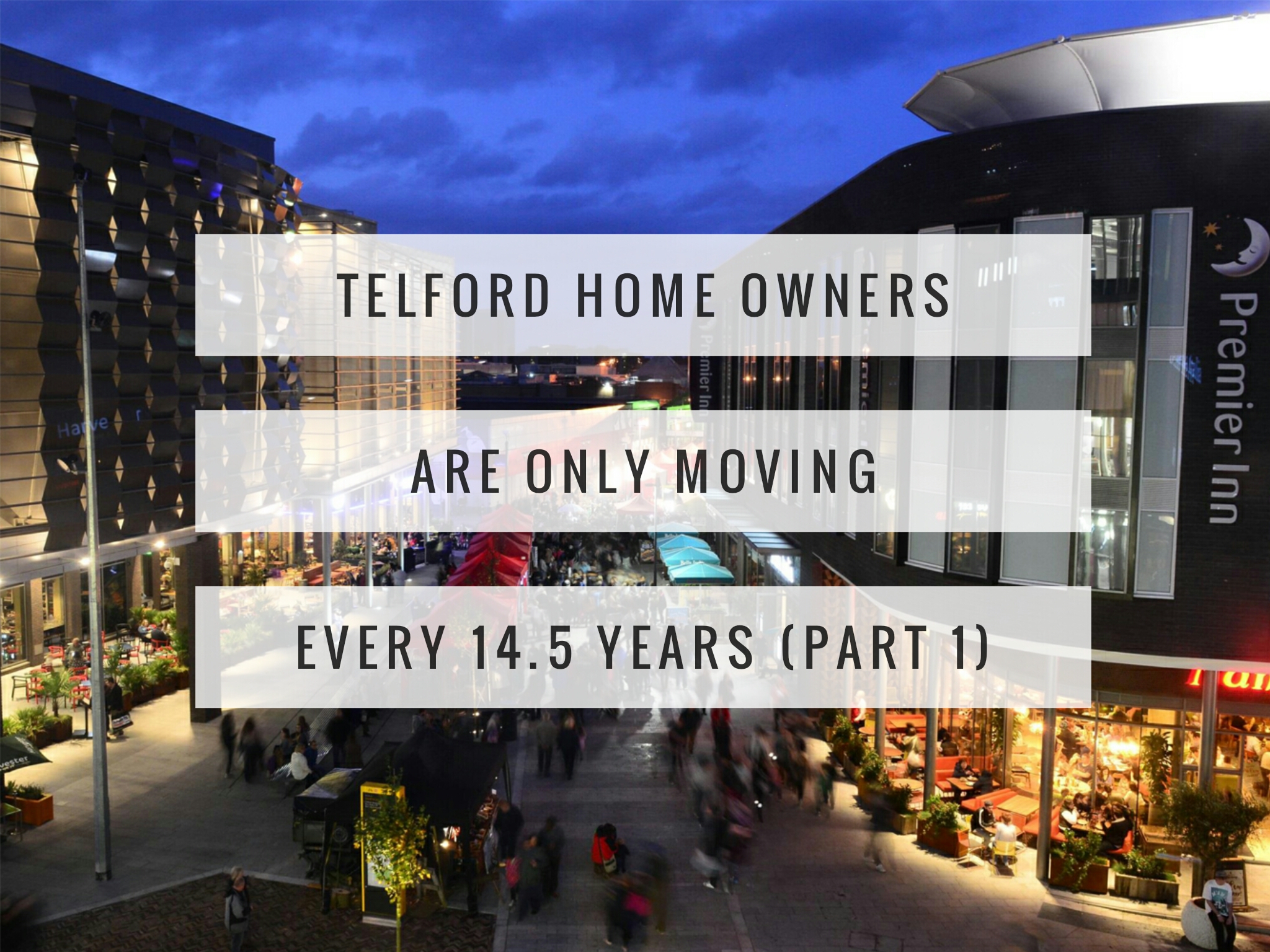 0
As I mentioned in a previous article, the average house price in Telford is 5.78 times the average annual Telford salary. This is lower than the last peak of 2008, when the ratio was 5.88. A number of City commentators anticipated that in the uncertainty that trailed the Brexit vote, UK (and hence Telford) property prices might drop like a stone. The point is – they haven’t.
Now it’s true the market for Telford’s swankiest and poshest properties looks a little fragile (although they are selling if they are realistically priced) and overall, Telford property price growth has slowed, but the lower to middle Telford property market appears to be quite strong.
Scratch under the surface though, and a different long-term picture is emerging away from what is happening to property prices. Telford people are moving home less often than they once did. Data from the Office of National Statistics shows that the number of properties sold in 2016 is again much lower than it was in the Noughties. My statistics show…
​​SMLXL
​​SMLXL
Even though we are not anywhere near the post credit crunch (2008 and 2009) low levels of property sales, the inactivity of the Telford housing market following the 2016 Brexit vote has seen the number of property sales in Telford and the surrounding local authority area level off to what appears to be the start of a new long term trend (compared the Noughties). Interestingly, it was the 1980’s that saw the highest levels of people moving home. Nationally, everyone was moving on average every decade. Even though it was during the Labour administration of the late 1970’s where the right to buy one’s council house started, it was the Housing Act of 1980 that that really got council tenants moving, as Thatcher’s Tory government financially encouraged council tenants to buy their council-rented homes – for which countless then sold them on for a profit and moved elsewhere. The housing market was awash with money as banks were allowed to offer mortgages as well as the existing building societies, meaning it made it simpler for Brits to borrow even more money on mortgages and to climb up the housing ladder. But coming back to today, looking at the property sales figures in the Telford area since 2010/11, a new trend of number of property sales appears to have started. Interestingly, this has been mirrored nationally. The reasons behind this are complex, but a good place to start is the growth rate of real UK household disposable income, which has fallen from 5.01% a year in 2000 to 1.68% in 2016. Also, things have deteriorated since the country voted to leave the EU as consumer price inflation has risen to 2.7% per annum, meaning inflation has eaten away at the real value of wages (as they have only grown by 1.1% in the same time frame). With inadequate real income growth, it has become more difficult for homeowners to accumulate the savings needed to climb up the housing ladder as the level of saving has also dropped from 4.26% of household income to -1.11% (i.e. people are eating into their savings). Next week I will be discussing how these (and other issues) has meant the level of Telford people moving home has slumped to once every 14.5 years.