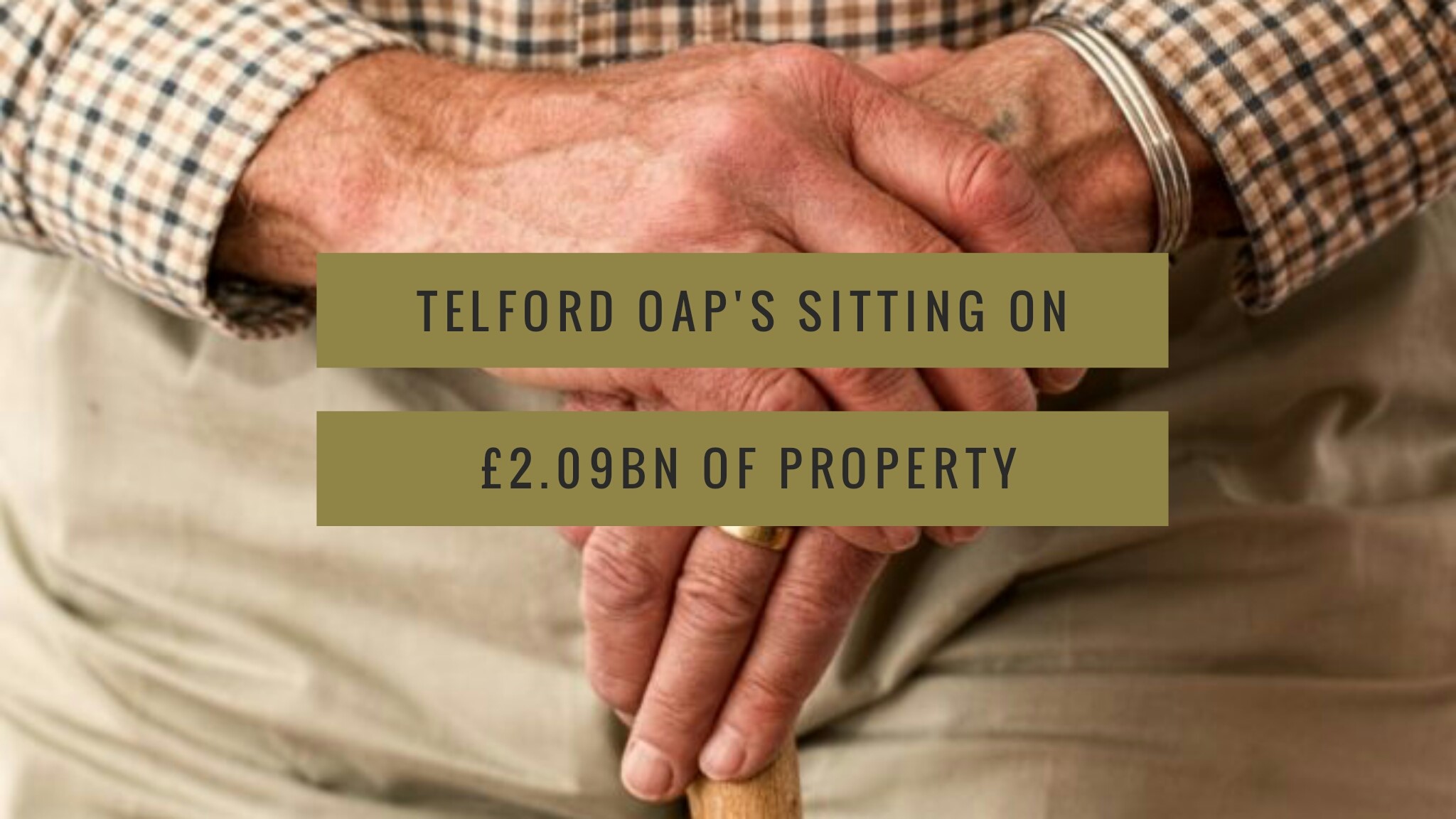 0
Telford people aged over 65 currently hold more housing wealth in their homes than the annual GDP of the whole of the Scottish Borders … and this is a problem for everyone in Telford! Many retiree’s want to move but cannot, as there is a shortage of such homes for mature people to downsize into. Due to the shortage, bungalows command a 10% to 20% premium per square foot over houses of the same size with stairs. To add to the woes, in 2014, just 1% of new builds in the UK were bungalows, according to the National House Building Council – down from 7% in 1996. My research has found that there are 12,046 households in Telford owned outright (i.e. no mortgage) by over 65 year olds. Taking into account the average value of a property in Telford, this means £2.09 billion of equity is locked up in these Telford homes, compared to the GDP of the whole of the Scottish Borders being £1.7 billion of GDP. A recent survey by YouGov, found that 36% of people aged over 65 in the UK are looking to downsize into a smaller home. However, the Government seems to focus all its attention on first-time buyers with strategies such as Starter Homes to ensure the youngsters of the UK don’t become permanent members of ‘Generation Rent’. Conversely, this overlooks the chronic under-supply of appropriate retirement housing essential to the needs of the Telford’s rapidly ageing population. Regrettably, the Telford’s housing stock is woefully unprepared for this demographic shift to the ‘stretched middle age’, and this has created a new ‘Generation Trapped’ dilemma where older people cannot move. Some OAP’s who are finding it difficult to live on their own, are unable to leave their bungalow because of a lack of sheltered housing and ‘affordable’ care home places. So, older retirees can’t leave bungalows, younger retirees can’t buy bungalows and younger people can’t buy family houses. Interestingly, adding insult to injury, the problem will only get worse, as in the 50 year old to 64 year old homeownership age range there are an additional 8,765 Telford households that are mortgage free and a further 10,525 Telford households who will be completing their mortgage responsibility. With Government projections showing the proportion of over 65’s will rise by over a third from the current 17.7% to 24.3% of the population in the next 20 years … this can only add greater pressure to the Telford Property market. House prices have rocketed over the last 40 years because the supply of property has not kept up with demand. With migration, people living longer and high divorce rates (meaning one family becomes two) we need, as a Country, 240,000 properties to be built a year to just stand still. In the 1990’s and early 2000’s, the Country was building on average 180,000 to 190,000 households a year, but since the Credit Crunch (2009), that has only been between 130,000 and 145,000 households a year. The solution …. release more land for starter homes, bungalows and sheltered accommodation because land prices are killing the housing market as the large firms dominating the construction industry are more likely to focus on traditional houses and apartments. My opinion – until the Government change the planning rules and allow more land to be built on – Bungalows could be a decent bet for future investment as they continue to attract ever growing premiums?