Telford Property Market and Mysterious Politics of the General Election 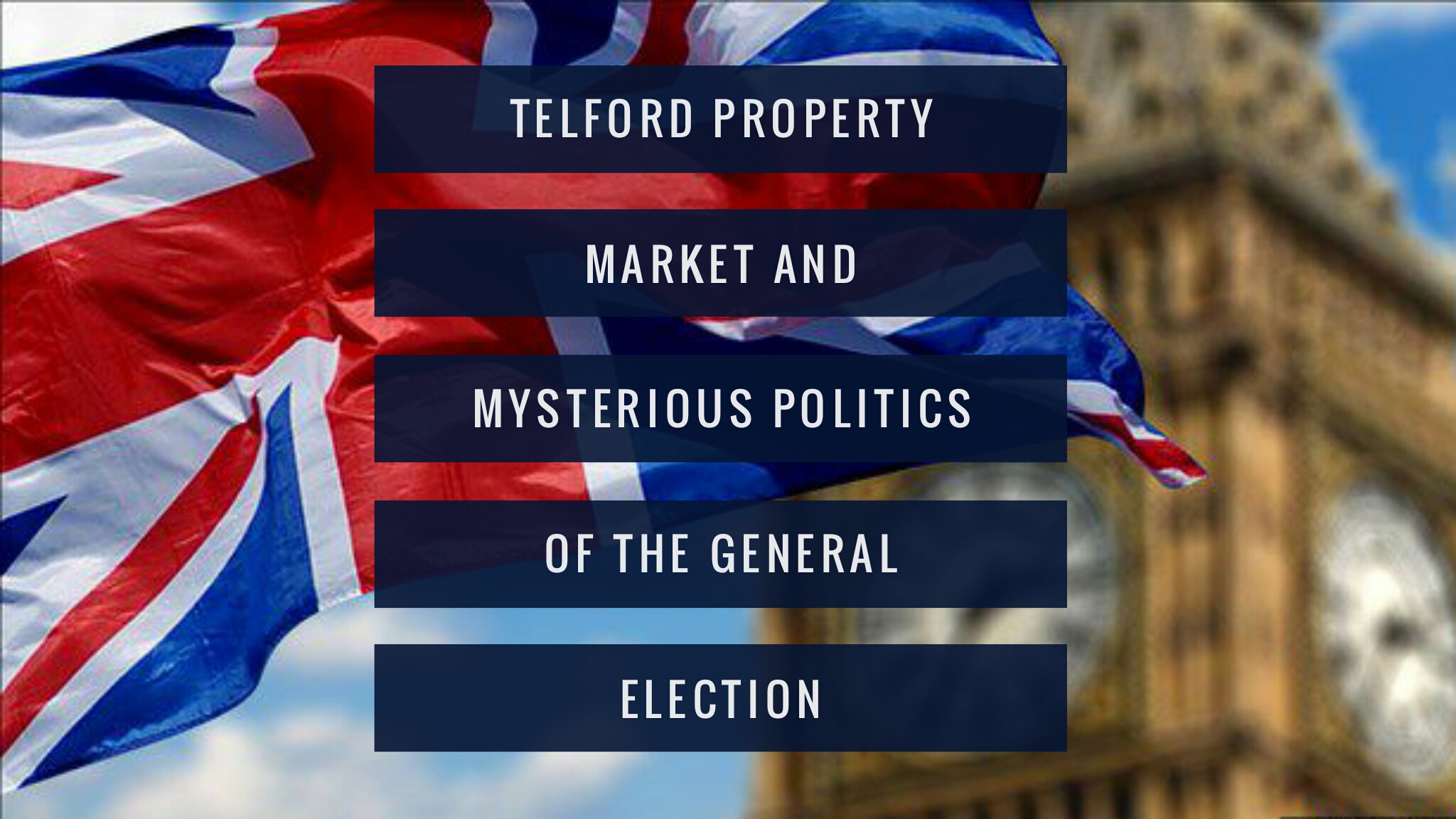 As the dust starts to settle on the various unread General Election party manifestos, with their ‘bran-bucket’ made up numbers, life goes back to normal as political rhetoric on social media is replaced with pictures of cats and people’s lunch.  Joking aside though, all the political parties promised so much on the housing front in their manifestos, should they be elected at the General Election.  In hindsight, irrespective of which party, they seldom deliver on those promises.

Housing has always been the Cinderella issue at General Elections.  Policing, NHS, Education, Tax and Pensions etc., are always headline grabbing stuff and always seem to go ‘the ball’. However, housing, which affects all our lives, always seems to get left behind and forgotten.

Nonetheless, the way the politicians act on housing can have a fundamental effect on the wellbeing of the UK plc and the nation as a whole.

One policy that comes to mind is Margaret Thatcher’s Council House sell off in the 1980’s, when around 1.4m council houses went from public ownership to private ownership.  It was a great vote winner at the time (it helped her win three General Elections in a row) but it has meant the current generation of 20 somethings in Telford (and elsewhere in the Country) don’t have that option of going into a council house.  This has been a huge contributing factor in the rise of the private renting and buy to let in Telford over the last 15 years.

Nevertheless, looking back to the start of the Millennium, Labour set the national target for new house building at 200,000 new homes a year (and at one point that increased to 240,000 under Gordon Brown for a couple of years).  In terms of what was actually built, the figures did rise in the mid Noughties from 186,000 properties built in 2004 to an impressive 224,000 in 2007 (the highest since the early 1980’s) as the economy grew.

Then the Credit Crunch hit.  It is interesting, that the 2010 Cameron/Clegg government did things a little differently.  The fallout of the Credit Crunch meant a lot less homes were built, so instead of tackling that head on, the coalition side-stepped the target of the number of new homes to build and offered a £400m fund to help kick start the housing market (a figure that was a drop in the ocean when you consider an average UK property was worth around £230,000 in 2010).  The number of new houses being completed dipped from 146,800 in 2011 to 135,500 the subsequent year.

So, one might ask exactly how many new homes do we need to build per year?  It is commonly accepted that not enough new properties are being built to meet the rising need for homes to live in.  A report by the Government in 2016, showed that on average 210,000 net additional households will be formed each year) up to 2039 (through increased birth rates, immigration, people living longer, lifestyle (i.e. divorce) and people living by themselves more than 30 years ago).  In 2016, only 140,600 homes were built … simply not enough! 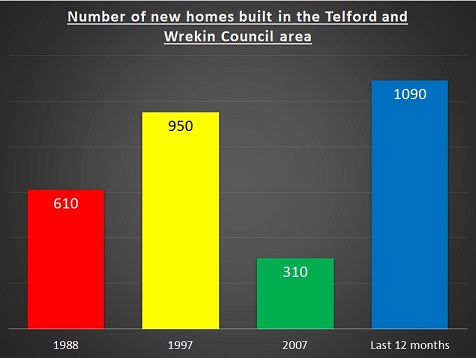 Looking at the numbers locally in Telford and the surrounding area, it is obvious to me, that we as an area, are not pulling our weight either when it comes to building new homes. Although, in the 12 months up to the end of Q1 2017, 1,090 properties were built in the Telford and the Wrekin Council area, we may still need to do better.  Go back to 2007, that figure was 310, 10 years before that in 1997, 950 new homes and further back to 1988, 610 new homes were built.

Who knows if Teresa May’s Government will last the five years?  She will think she has bigger fish to fry with Brexit to get bogged down with housing issues.  But let me leave you with one final thought.

The conceivable rewards in providing a place to live for the public on a massive house building programme can be enormous, as previous Tory PM’s have found out.  Winston Churchill in 1951, asked his Minister for Housing (Harold Macmillan) if he could guarantee the construction of 300,000 new properties a year, he was notoriously told: “It is a gamble—it will make or mar your political career, but every humble home will bless your name if you succeed.”

Isn’t it interesting, that the Tories remained in power until 1964!  Mrs May will have to work out if she wants to be the heiress to Harold Macmillan or David Cameron?