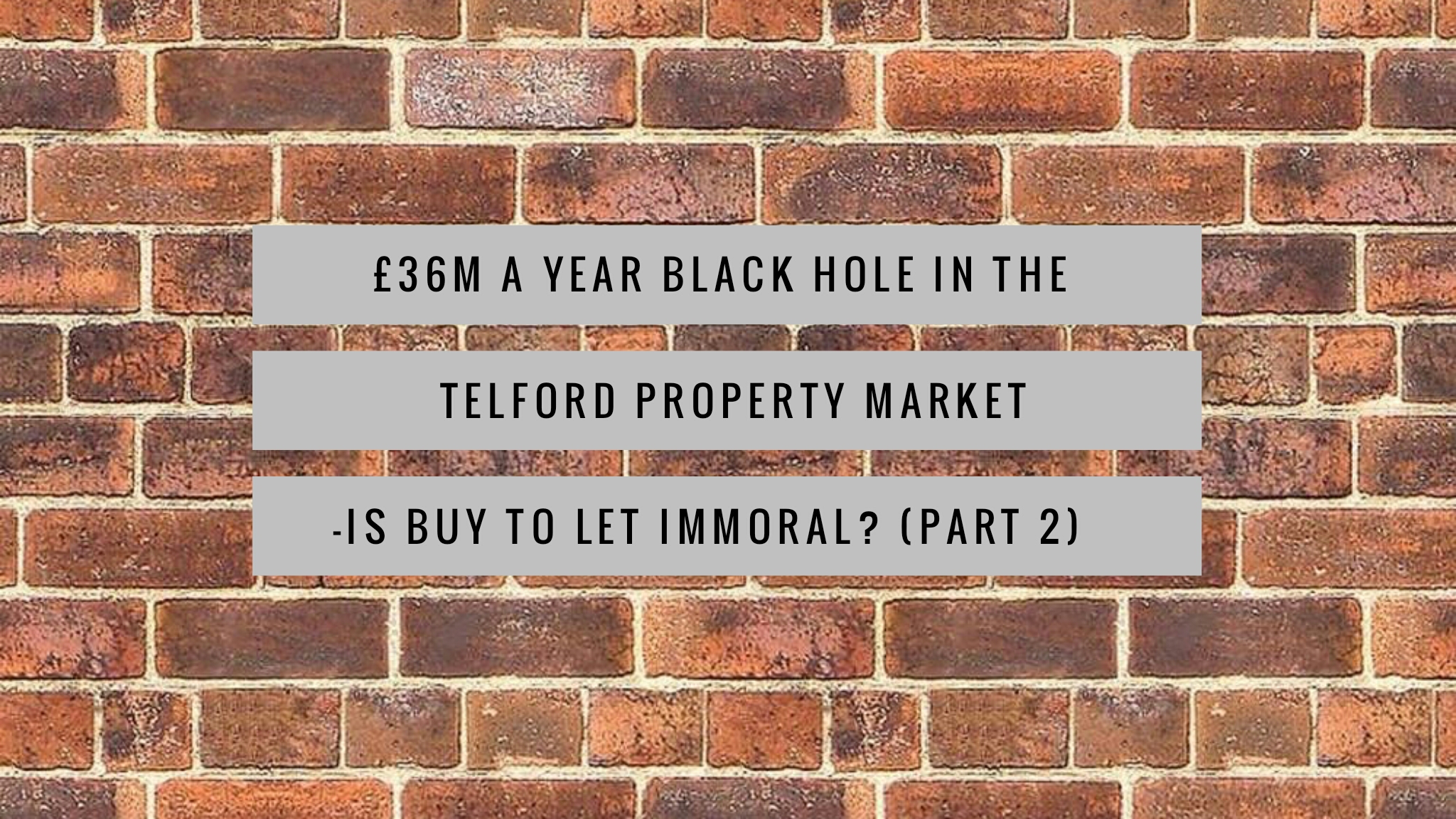 0
An Englishman’s Home is His Castle as Maggie Thatcher lauded – everyone should own their own home. In 1971, around 50% of people owned their own home and, as the baby-boomers got better jobs and pay, that proportion of homeowners rose to 69% by 2001. Homeownership was here to stay as many baby boomers assumed it’s very much a cultural thing here in Britain to own your own home. But on the back of TV programmes like Homes Under the Hammer, these same baby boomers started to jump on the band wagon of Telford buy to let properties as an investment. Telford first time buyers were in competition with Telford landlords to buy these smaller starter homes … pushing house prices up in the 2000’s (as mentioned in Part One) beyond the reach of first time buyers. Alas, it is not as simple as that. Many factors come into play, such as economics, the banks and government policy. But are Telford landlords fanning the flames of the Telford housing crisis bonfire? I believe that the landlords of the 8,714 Telford rental properties are not exploitive and are in fact, making many positive contributions to Telford and the people of Telford. Like I have said before, Telford (and the rest of the UK) isn’t building enough properties to keep up the demand; with high birth rate, job mobility, growing population and longer life expectancy. According to the Barker Review, for the UK to standstill and meet current demand, the country needs to be building 8.7 new households each and every year for every 1,000 households already built. Nationally, we are currently running at 5.07 per thousand and in the early part of this decade were running at 4.1 to 4.3 per thousand. It doesn’t sound a lot of difference, so let us look at what this means for Telford … For Telford to meet its obligation on the building of new homes, Telford would need to build 498 households each year. Yet, we are missing that figure by around 208 households a year. For the Government to buy the land and build those additional 208 households, it would need to spend £36,135,082 a year in Telford alone. Add up all the additional households required over the whole of the UK and the Government would need to spend £23.31bn each year … the Country hasn’t got that sort of money! With these problems, it is the property developers who are buying the old run-down houses and office blocks which are deemed uninhabitable by the local authority, and turning them into new attractive homes to either be rented privately to Telford families or Telford people who need council housing because the local authority hasn’t got enough properties to go around. The bottom line is that, as the population grows, there aren’t enough properties being built for everyone to have a roof over their head. Rogue landlords need to be put out of business, whilst tenants should expect a more regulated rental market, with greater security for tenants, where they can rely on good landlords providing them high standards from their safe and modernised home. As in Europe, where most people rent rather than buy, it doesn’t matter who owns the house – all people want is a clean, decent roof over their head at a reasonable rent. So only you, the reader, can decide if buy to let is immoral, but first let me ask this question – if the private buy to let landlords had not taken up the slack and provided a roof over these people’s heads over the last decade .. where would these tenants be living now? ….. because the alternative doesn’t even bear thinking about!