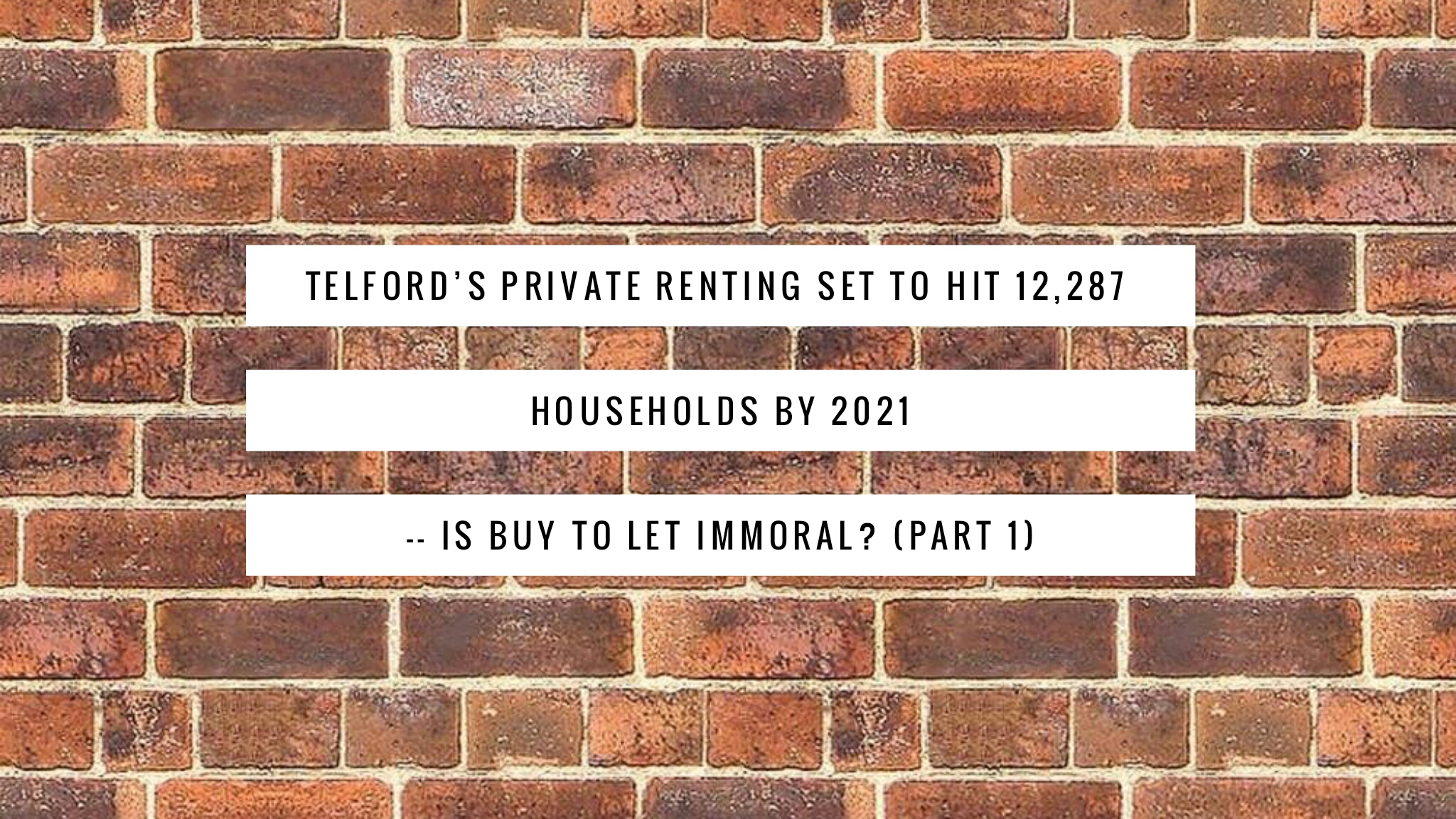 Can we blame the 55 to 70-year-old Telford citizens for the current housing crisis in the town?

Also known as the ‘Baby Boomer Generation’, these Telford people were born after the end of the Second World War as the country saw a massive rise in births as they slowly recovered from the economic hardships experienced during wartime.

Throughout the 1970’s and 1980’s, they experienced (whilst in their 20’s, 30’s and 40’s) an unparalleled level of economic growth and prosperity throughout their working lifetime on the back of improved education, government subsidies, escalating property prices and technological developments, they have emerged as a successful and prosperous generation.

…Yet some have suggested these Telford baby boomers have (and are) making too much money to the detriment of their children, creating a ‘generational economic imbalance’, where mature people benefit from house-price growth while their children are forced either to pay massive rents or pay large mortgages. The issue of housing is particularly acute with the generation called the Millennials, who are young people born between the mid 1980’s and the late 1990’s. These 18 to 30 years, moulded by the computer and internet revolution, are finding as they enter early adult life, very hard to buy a property, as these ‘greedy’ landlords are buying up all the property to rent out back to them at exorbitant rents … it’s no wonder these Millennials are lashing out at buy to let landlords, as they are seen as the greedy, immoral, wicked people who are cashing in on a social despair.

Like all things in life, we must look to the past, to appreciate where we are now.

The three biggest influencing factors on the Telford (and UK) property market in the later half of the 20th Century were, firstly, the mass building of Council Housing in the 1950’s and 60’s. Secondly, for the Tory’s to sell most of those Council Houses off in the 1980’s and finally 15% interest rates in the early 1990’s which resulted in many houses being repossessed. It was these major factors that underpinned the housing crisis we have today in Telford.

To start with, in 1995 the USA relaxed its lending rules by rewriting the Community Reinvestment Act. This Act saw a relaxation on the Bank’s lending criteria’s as there was pressure on these banks to lend on mortgages in low wage neighbourhoods, as the viewpoint in the USA was that anyone (even someone on the minimum wage) any working class person should be able to buy a home. Unsurprisingly, the UK followed suit in the early 2000’s, as Banks and Building Society’s relaxed their lending criteria and brought to the market 100% mortgages, even Northern Rock started lending every man and his dog 125% mortgages.

So when we roll the clock forward to today, and we can observe those very same footloose banks from the early/mid 2000’s (that lent 125% with a just note from your Mum and a couple of breakfast cereal tokens), ironically reciting the Bank of England backed hymn-sheet of responsible-lending. On every first time buyer mortgage application, they are now looking at every line on the 20-something’s banks statements, asking if they are spending too much on socialising and holidays … no wonder these Millennials are afraid to ask for a mortgage (as more often than not after all that – the answer is negative).

Conversely, you have unregulated Buy To Let mortgages. As long as you have a 25% deposit, have a pulse, pass a few very basic yardsticks and have a reasonable job, the banks will literally throw money at you … I mean Virgin Money are offering 2.99% fixed for 3 years – so cheap!

So, in Part Two next week, I will continue this emotive article and show you some very interesting findings on why young people aren’t buying property anymore (and it’s not what you think!).